Tall Day / Samburu / Back in Samburu 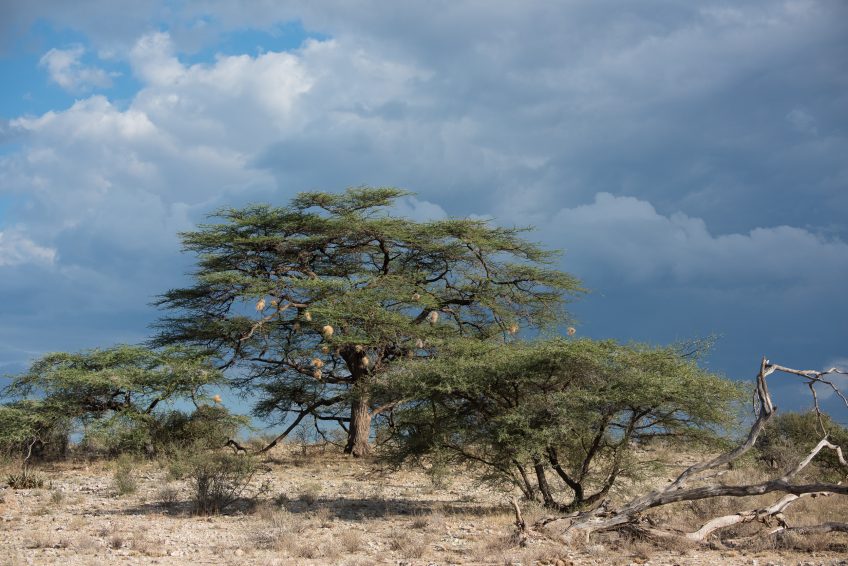 Unfortunately I had spent 2 hours at Wilson Airport because the hotel hadn’t managed to pass on the information that my flight had been re-scheduled.  Actually that’s not strictly true because they passed the message to me when I checked in at the end of the safari!! Being in a small airport like Wilson is a reminder of what air travel used to be like.  Once your luggage has been scanned and you have checked in there isn’t much to see or do.  There is a cafe. A couple of years ago there was a cooked breakfast on the menu.  Since I left the hotel before breakfast was served, that would have been welcome but it is no longer available so breakfast was a coffee and muffin.  If I had realised my flight was going to be an hour later (not something mentioned at check in) I would have delayed going down to the waiting area.

The waiting area is a long room that is right next to the tarmac.  You can see small planes landing and taking off and the luggage being taken out to the planes on hand-pulled carts.  It is all very immediate somehow.  Your boarding passes do not have flight details on – they are just colour coded.  When you depart they are collected, and re-issed for another flight. There is limited information on the departure board and sometimes non at all.  As each flight is likely to make several stops the final destination is not very much help to the casual traveller like me!  I must admit that at one point I wondered if I had missed my flight altogether.  Not a problem because I knew I could re-book but I would have felt stupid.

At last though it was time to board the small plane to take me to Samburu. I love being on the tiny planes.  I always try to sit in the single seats on the left hand side rather than the double seats on the right and I was lucky this time.  There is no luggage rack and little space under the seat so you really need to have almost nothing inside with you.  While I hate handing over my bag with my camera in to go in the hold, there really is no choice!

We stopped at Nakuru to re-fuel.  We had to disembark for safety reasons.  Unfortunately I left my camera on the plane.  ‘Unfortunately’ – because there would have been some nostalgic pictures.  I had forgotten how refuelling was done before the days of tankers!  Two guys rolled a very large and quite rusty drum over to the plane.  A third joined them.  They attached jump leads between the plane and the drum of fuel. (Presumably to remove the risk of sparks!) Then they opened the drum, inserted a pump and hand pumped until fuel went into a container.  Then they transferred the pipe to the plane and proceeded to hand pump the entire contents of the drum into the plane.  To check it was complete they rattled and kicked the drum.  This was then repeated with another drum for the second fuel tank.  Once empty one person could kick a drum along the grass and back to where it was stored.

Then we were off again.  Since I love flying it is real treat to have to make several landings and take-off’s especially when they are in the National Park.  You get these great low level views of vast areas of scrub land and landing on dust runways rather than tarmac with no air-traffic control feels liberating!  As soon as we land I feel like I am home.  The dust, the smells and the heat and the absence of any buildings except a shelter from the sun – it all feels great.  The final landing is mine.  The safari vehicles are lined up with their passengers ready to catch the plane out and to meet and collect the incoming set of visitors.  If you are into that kind of thing you can book with a safari lodge that will have a table laid with a cloth and drinks near to the vehicle but that is not really my style.

I am travelling alone but with a company I have used before.  Freeman Safaris suit me really well.  Sure enough the vehicle is there; and I meet Simon who will be my driver for the 4 days in Samburu. It is hot and there is some sun but it will only take 30 minutes to get to camp so I decline the offer of a roof on the Landrover.  We go out of the park and along a stretch of tarmac road and then back into the Buffalo Springs section of the park.  When I came to Samburu in 2009 all of this public road was just a rutted and very stony track with huge pot-holes  – now it is mile after straight mile of tarmac … courtesy of the Chinese I believe.

The journey to camp is familiar and I am immediately struck by how dry it is.  On previous trips Brian has set up a camp in Samburu but this does not make sense for just me so my base will be Ashnil Samburu Camp. I have camped with Brian’s outfit just down the river from here and passed it every day on those trips. So I feel at home!  Unlike Brian’s camps this one has security gates and an electric fence around it to keep the animals out.  It caters for families and security/safety is high on the list.  The site is paved and the tents are a mixture of canvas and stone.  There are huge mesh windows that look out over the river – at least they would except that the river is dry!! (More of that later) There is a verandah but you are warned to keep the doors zipped at all times because of the monkeys!  The toilet and shower are in the tent but are stone walled and have glass doors – much more luxurious than I expected!  It makes it feel more like an hotel than a camp but at night I will still hear the animals and insects.  And the electric fan will prove to be a godsend in the middle of the day when it gets really hot.

Staff here are very friendly and concerned for my well being.  I skip lunch and they send someone down to make sure I am OK.  I have some difficulty explaining that I am unlikely to eat three meals a day and will probably prefer to skip lunch most days.  They are anxious in case they should provide something that is not on their menu – just not being hungry is a foreign concept.  The thing is – Simon will take me out on my game drives just as if I was in Brian’s camp. This means we will be gone at 6.30 and not back until around 13.00 and then out again at 15.30 and back just before dark.  I won’t be in the camp very much.  For other guests with the conventional game drives lunch is more likely to be an important activity.  There is a small swimming pool and plenty of shaded areas to sit and of course the tents themselves are a lovely place to sit and read or doze.  For me though I just want to be out exploring!  Lunch time is better spent cooling off, downloading photos, and, at my age, a half hour snooze sets me up nicely!  For those of you who want it there is an intermittent phone signal and some broadband connection.  For me the kind of holiday I enjoy manages without these things – except in an emergency.

So having unpacked and cooled down I am ready for my first game drive of 2015.