Samburu has some extra ordinary animals. Some, like the gerenuk, are not found in the Mara and are really quite rare. The Gerenuk is an antelope unlike other antelopes! Sometimes when you glimpse it deep in the bush you might think it was an impala but when you get a real sight of it it is striking and when you watch it feeding it is amazing. 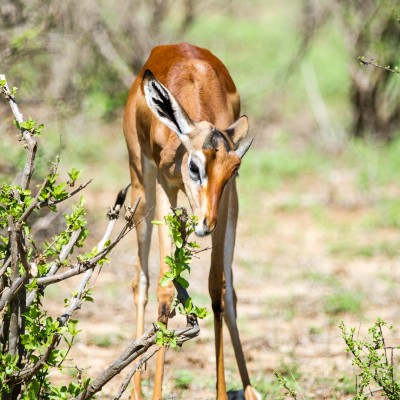 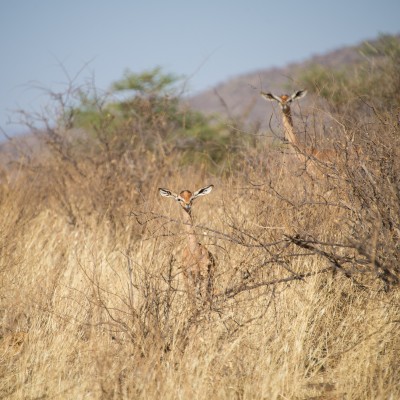 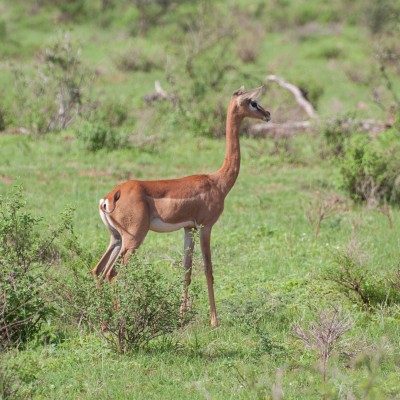 It has a long neck. I don’t mean a little bit stretched – it is really, really long. The neck is strong , muscular and very flexible. But, as can be seen in the first picture above it is quite comfortable holding its head down, for long periods of time, while it feeds on young, fresh leaves on acacia and thorn bushes.They have long slender legs which look as if they are too fine to support them. You can see in the third picture in particular how similar the coat markings are to the colour and pattern of an impala. There is variation in colour among the gerenuk from red to pale brown, almost grey. Some of that may be down to the red dust in Samburu (which seems to coat everything) but it is also likely that colour is partially affected by genetic variation or age. 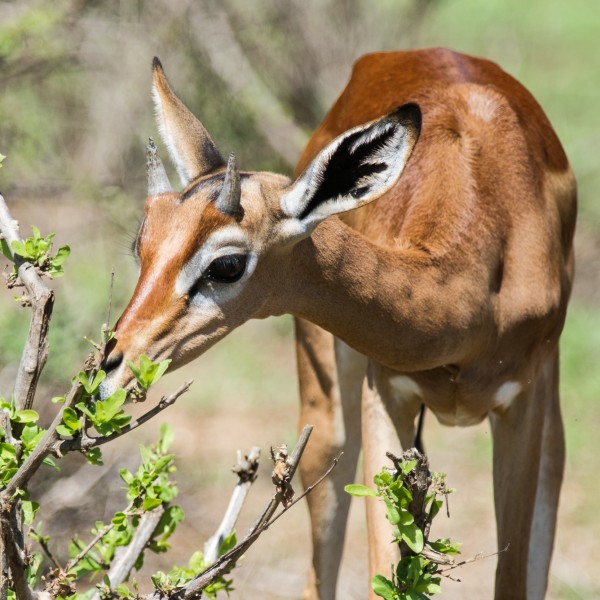 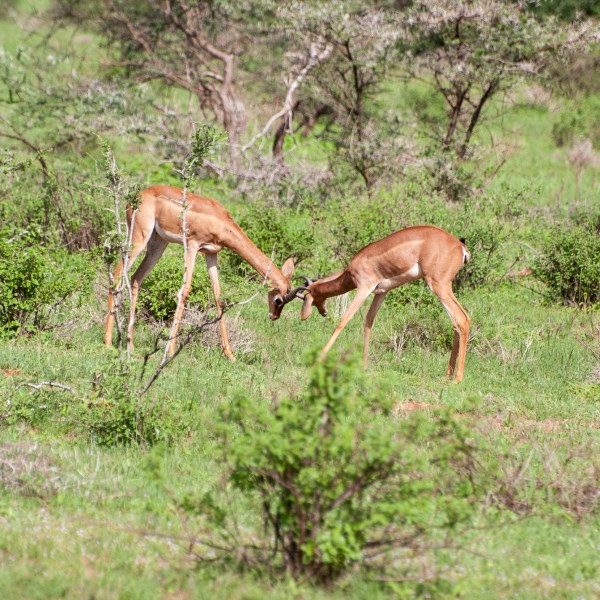 Only the rams have horns. These are beautifully curved and heavily ridged. They start out as straight buds as can be seen in the photo of the young gerenuk in the first picture. They use them in the same way as other antelope and the young gerenuk will ‘lock horns’.The ears are large as befits a prey animal. It was interesting that it would largely ignore the vehicle but the instant the shutter dropped on the camera it would stop eating and be fully alert. On the positive side it allowed some good ‘face on ‘ shots! They weren’t too disturbed and as, long as we were quiet and still they would usually go back to browsing. 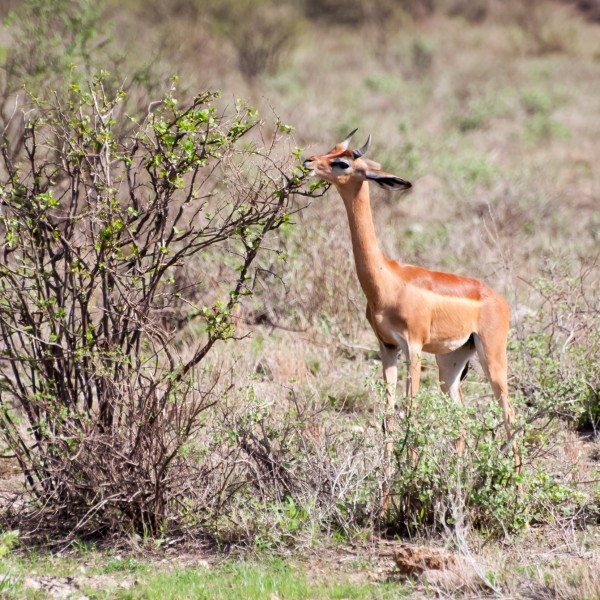 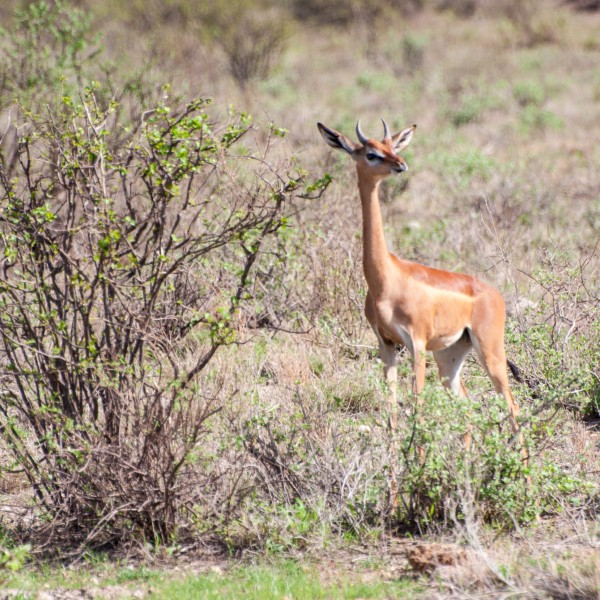 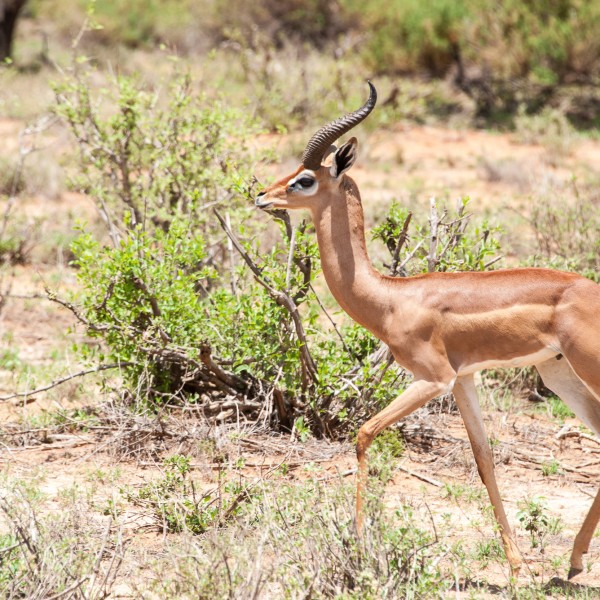 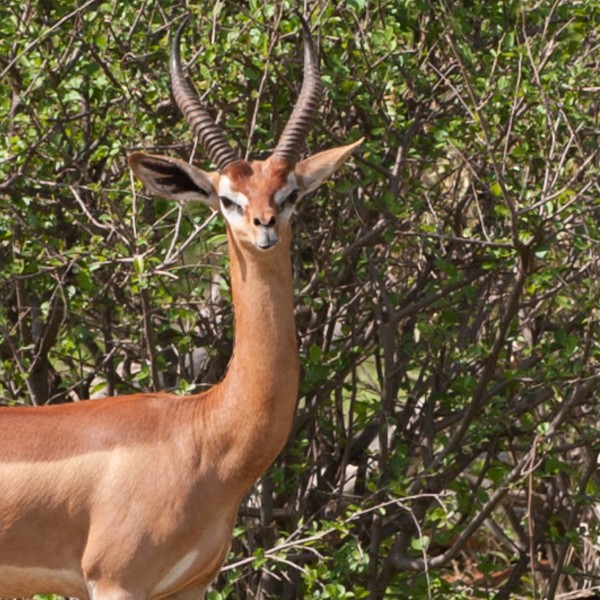 The really spectacular trick for this gazelle, though, is its ability to stand entirely on its hind-legs and browse from the higher branches of trees and shrubs. On safari it is always a large part luck whether you see particular animals or behaviours and, even if you do see them, whether you will be in a position to catch them in a photo. For me that is what makes the experience exciting and compulsive – and when you do get a shot (even if it isn’t National Geographic standard!) the picture rekindles the feeling of the moment you took it. It takes a great deal of muscle power and control to stand up in this way and the front legs are often used to bend over branches to facilitate feeding. Occasionally they rest lightly on a thin branch, counterbalancing a stretch of the neck to reach an even higher level. They can sustain this upright position for a long time. This is not a stand-up, snatch a bite, and drop-down action. 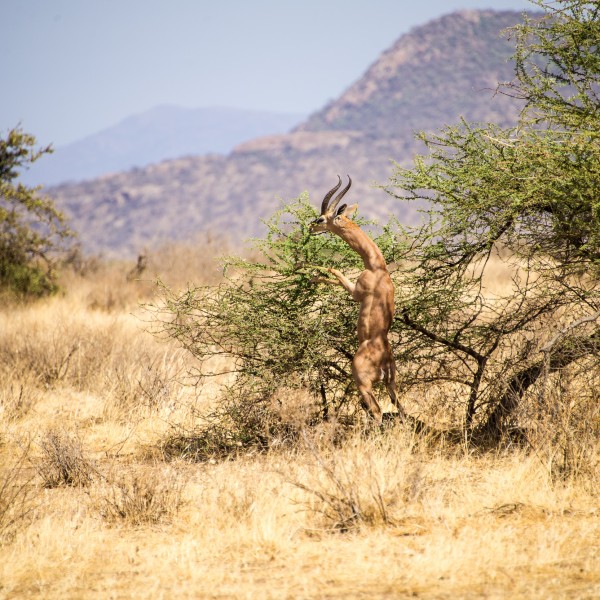 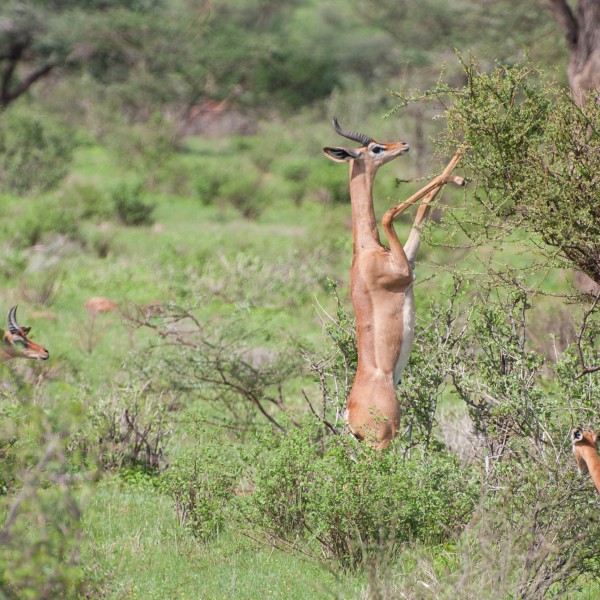 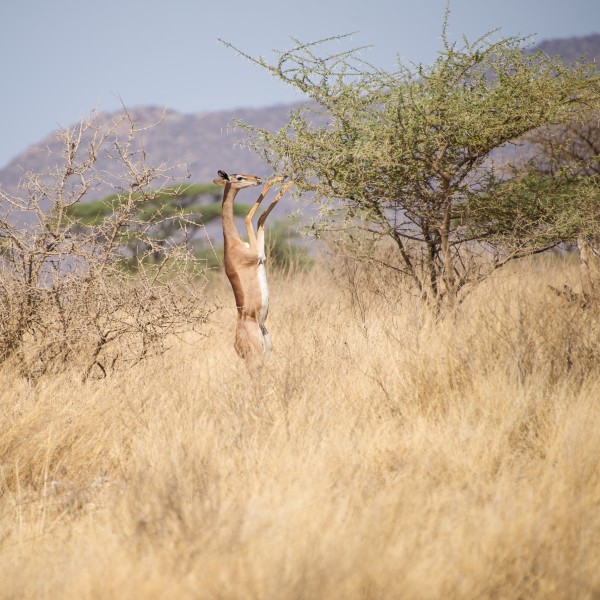 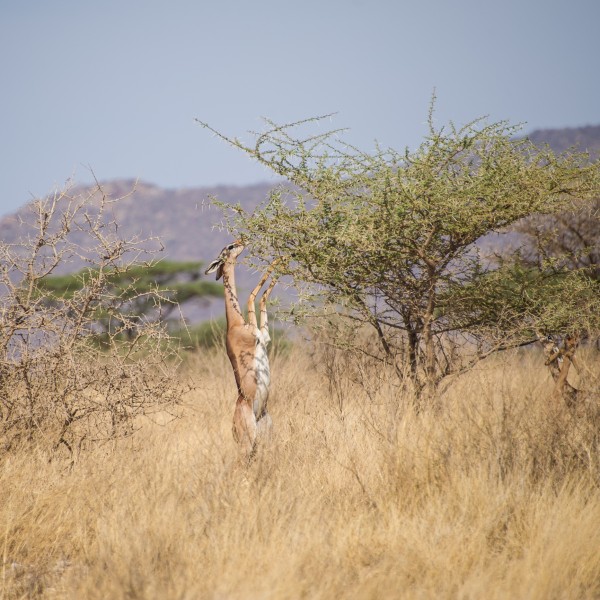 In 2009 and 20011 when I was in Samburu I occasionally caught sight of this feeding behaviour but very often my view was obscured by thick scrubby bush. It was still good viewing through binoculars – so I wasn’t complaining! In 2013 though I had some really exceptional opportunities. Here you can see Gerenuk balanced entirely on their hind-legs. They had been feeding and then leaned back from the tree, pulled their front legs in towards their chest and finally dropped down to the ground. 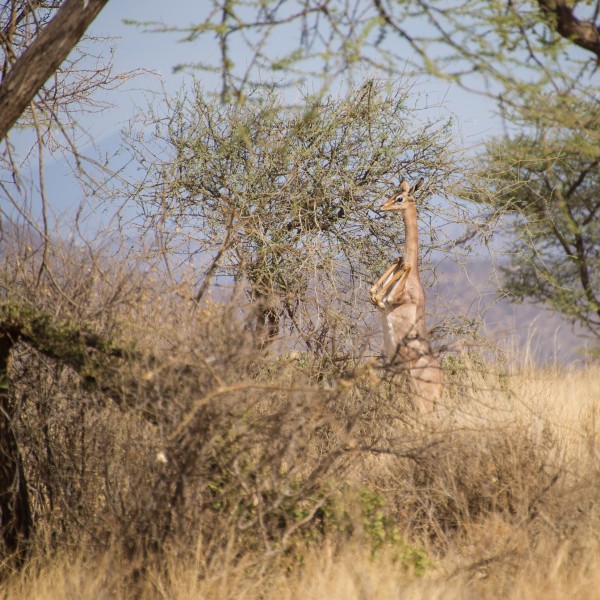 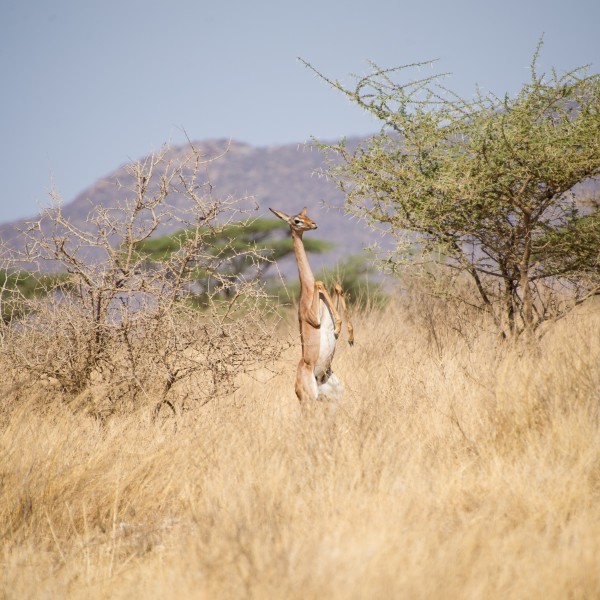