Samburu National Reserve is about 350 km from Nairobi. In the Northern part of Kenya it is semi-desert and rugged. Samburu sits on one bank of the Ewaso Ng’iro river and Buffalo Springs National Reserve on the other. The wildlife regularly crosses the river from one reserve to the other and, particularly in periods of drought and during the dry season, daily visits to the river are common.

These reserves are small but beautiful and have a number of mammals not found in other reserves. Conditions in the reserves can be extreme. If the rains fail, the high temperatures mean drought is not far away and, on the other hand, heavy rain upstream can result in spectacular rises in the flow of the river and destructive and unpredictable flash floods.

One of the lovely things about the park is that almost anywhere you look the scene is framed by distant hills and mountains. I have usually been there in late October and the changing light and weather can change the scene from shimmering and golden to dark and foreboding. It’s constantly evolving.

In October the reserves are largely arid with bare patches and dry yellow grass but where the river runs and along the banks of streams you get areas of lush vegetation and rich green colours. These rich green areas attract a variety of animals especially during the late morning as the day heats up. 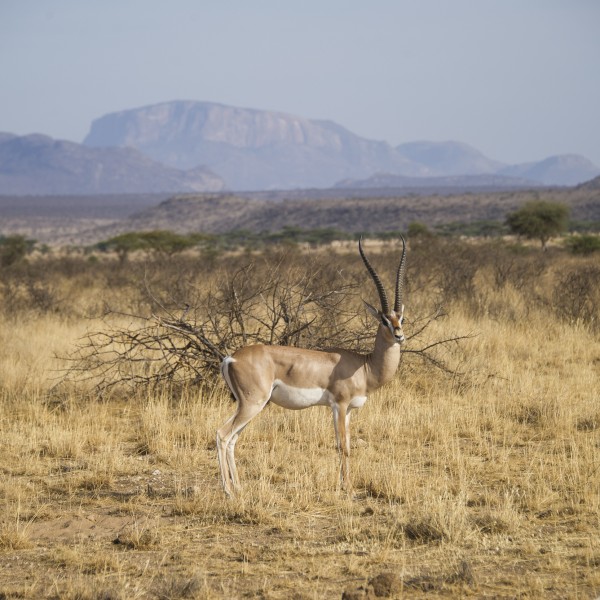 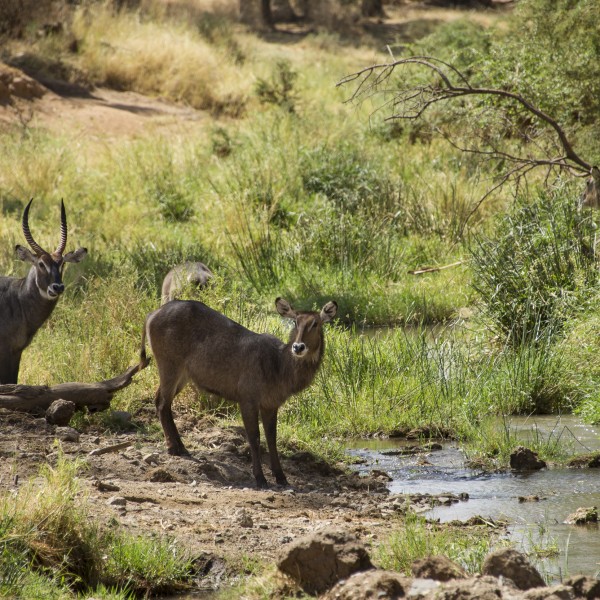 The spiky palm trees combined with the parched land and brilliant blue sky (sometimes it is brilliantly blue in October!) create striking images.

… and then of course there are the sunsets. Sometimes full on:

… and sometimes more subtle but no less memorable!