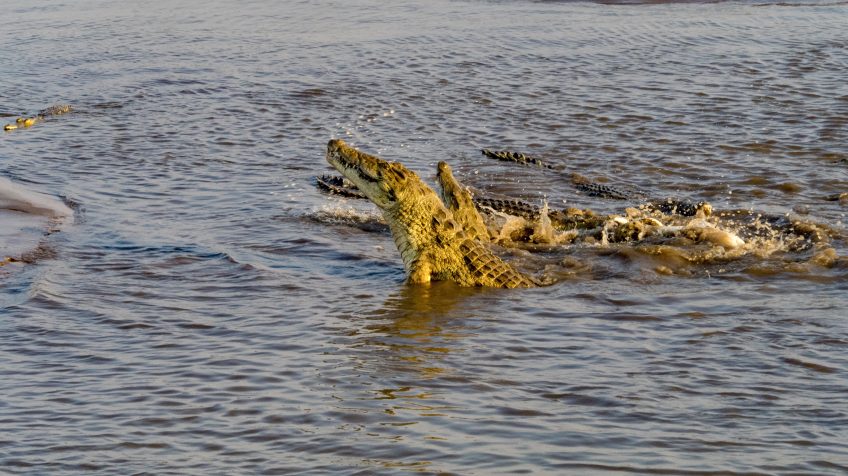 This was my first evening drive on this trip. Late in the season, the river was low so as we drove along the bank this large group of crocodiles caught our eye. The wrestling and splashing suggested they had a kill but it was not immediately obvious. The evening light was ideal, catching both their colours and the glistening of water.

It was a little unnerving as the bobbing carcass seemed to have a life of its own! At one stage the large crocodile seemed to be holding the carcass for the smaller ones (not that they were tiny by any means!) to grab hold of!

Not that was all quiet and ordered as this photo suggests. They would suddenly turn and thrash about. If you hadn’t seen the legs you might have thought they were fighting but of course they were tearing bits off the kill. They would toss the morsels into the air and catch them again.

One of the astonishing things about the scene was that there were 2 hippos standing really close to the feeding crocs and they were definitely keeping a close eye on them. This is really, really close!

At one point, where the crocs were kicking up a rumpus, the hippo took a position and let out a deep loud sound – and things quietened down!