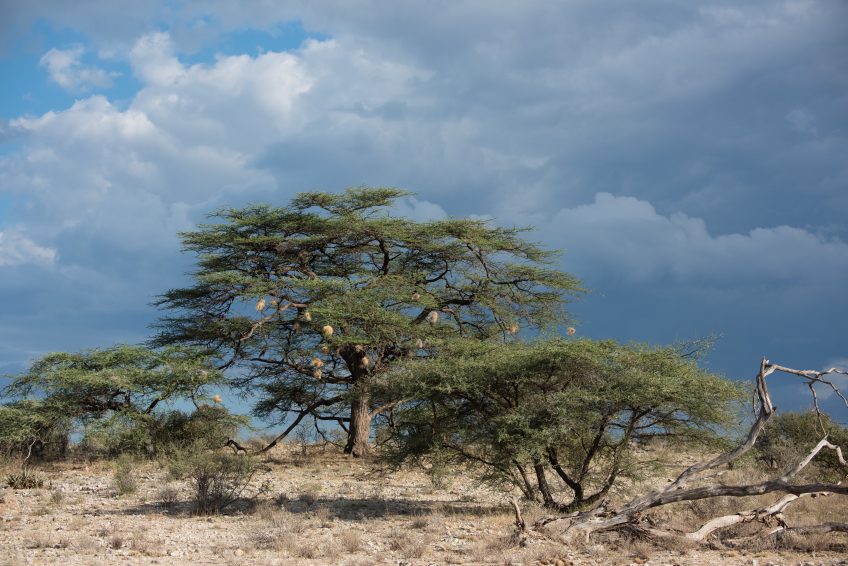 It was a quiet final afternoon and you could feel in the air that the rain was finally coming. We had seen a few more elephant groups over the last few days –  a sign they were making their way back into the park. I was lucky and got a good stormy sky picture. The acacia tree is filled with weaver nests – from last year I think. I”m not sure if they return to their nests or if they build totally new each year. (Another thing to look up!!) As it was the last afternoon I wanted one last look at the Somali ostrich chicks.  It was still dad on the nest. He had certainly done his share of the work. I love the texture of the chicks fluff and how alert they are. Dad was providing the only shade for miles! 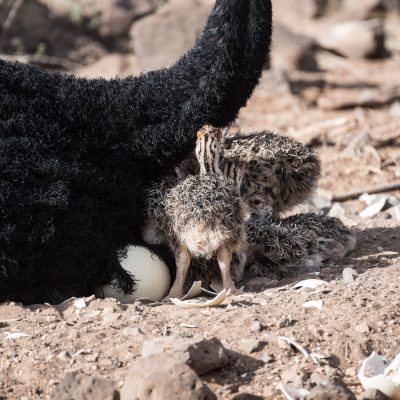 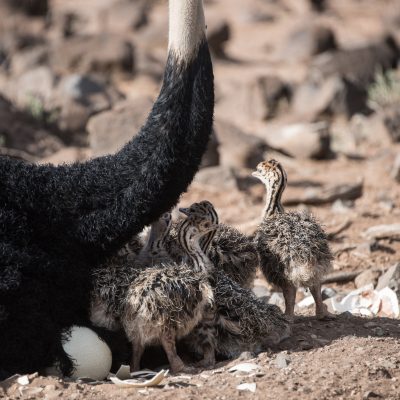 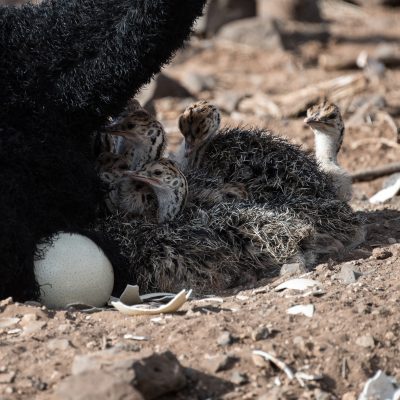 We were treated to a group of elephants drinking from a permanent spring further down the river. It was nice to see them splashing as they walked and good to have some sun! 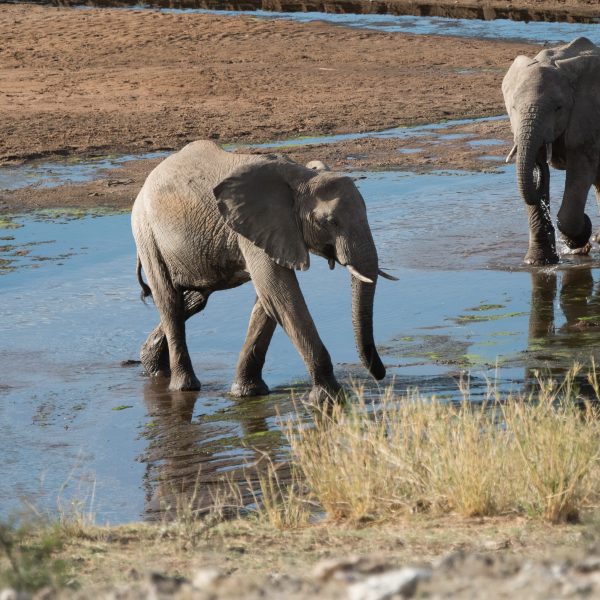 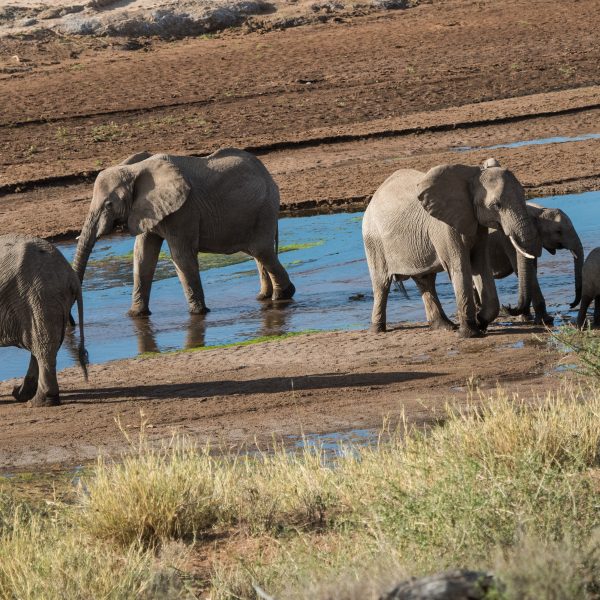 I was also pleased with some photos of a malachite kingfisher. It was of course a long way away and it was low light so it is heavily cropped and a high ISO. A credit to my Nikon 850 and the 80-400 lens rather than my steady hand! 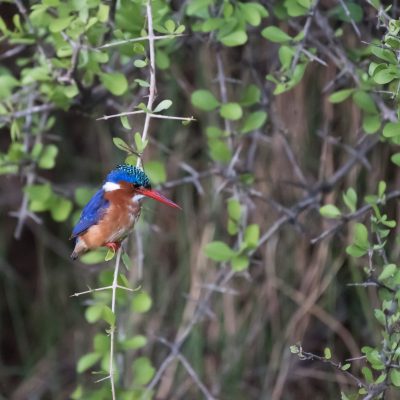 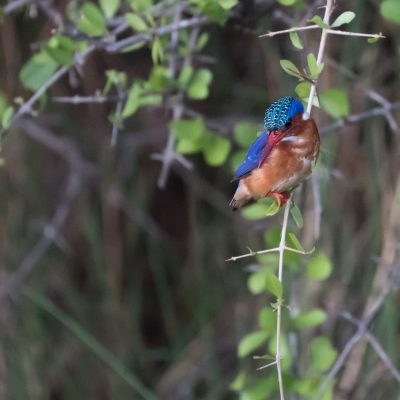 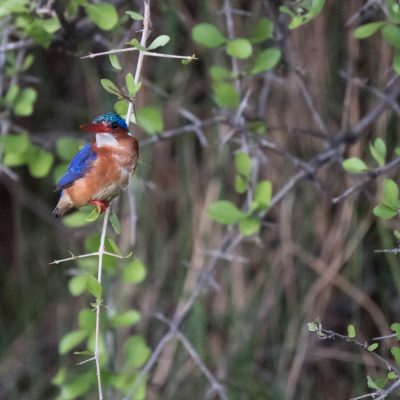 Talking of birds – I managed a picture of a rufous-crowned roller. Rollers perch patiently so getting a picture of a roller isn’t such a big deal but previously I’d only got lilac breasted rollers!

The following morning I flew to the Mara.