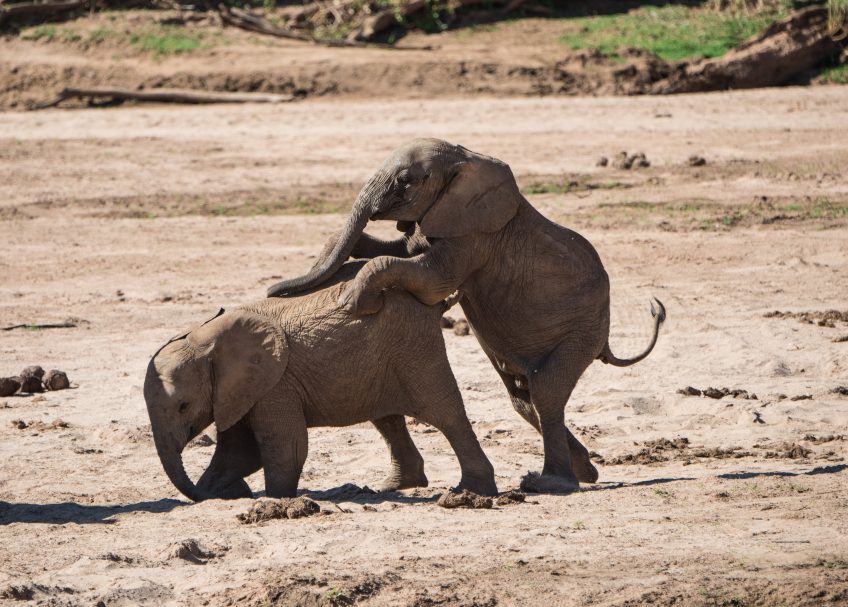 The morning started off well with good sightings of plains animals, gerenuk, and grevy zebra and excellent birds. The goshawk has such attractive markings and a strong but somehow delicate face. The warthog picture is a joy. You don’t often have them coming towards you – usually they are running away! The red ground sets them off beautifully but they are really strange looking animals!! 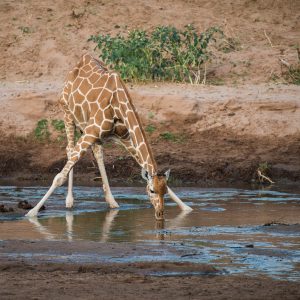 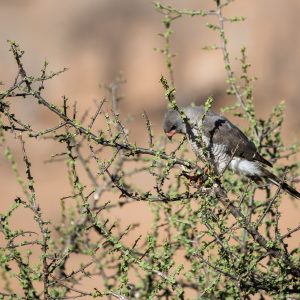 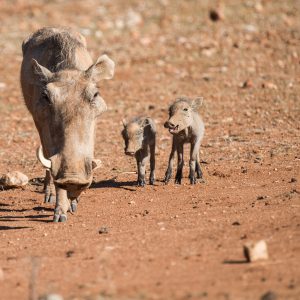 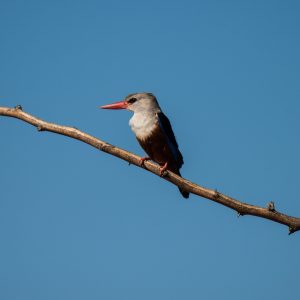 We headed back to the dry river where we had seen the elephant digging for water the previous day.  After a short wait we were rewarded with a new group of elephants digging for water again. For some of the babies (who were getting their fluid from their mother’s milk) the digging process was just boring. So there was a lot of play between the youngest ones. There was a lot of running, mock charging and ear flapping! Two of the youngsters started to tussle with each other… 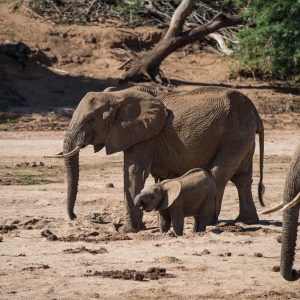 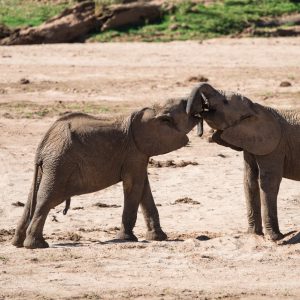 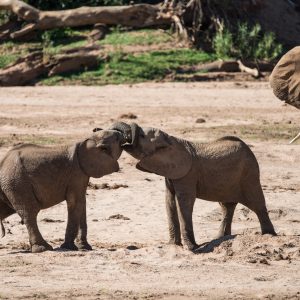 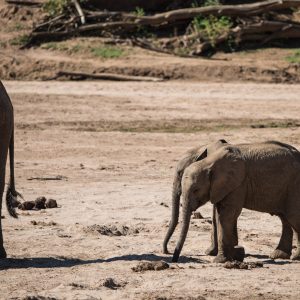 … after a little trunk play and a little pushing and shoving, one baby started exploring an old hole in the sand.  Its playmate hovered for a bit then moved away, looped round, and crept up from behind. It moved so quietly the elephant exploring the hole didn’t  have time to turn around.

First the other elephant put its trunk along the playmates back and kind of slapped it a bit. Then it was able to climb up so that it was standing on its rear legs and gradually it exerted downwards pressure. It kept this up until the other elephant collapsed and was flat on the sand! 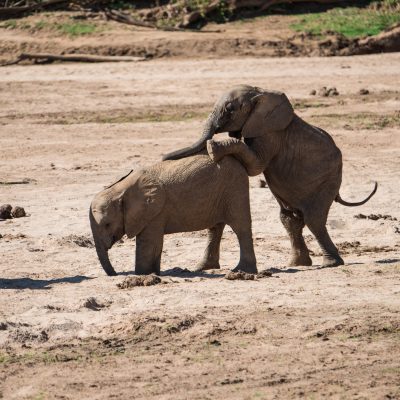 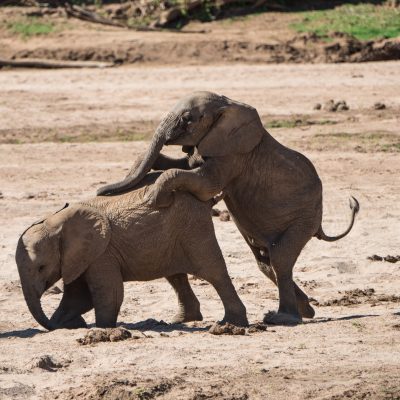 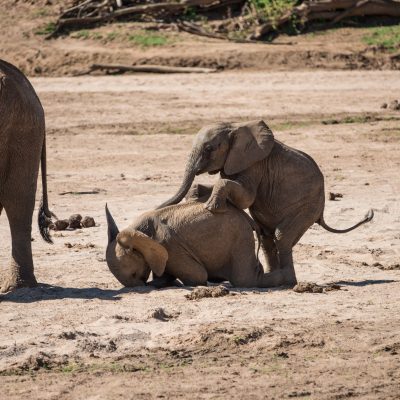 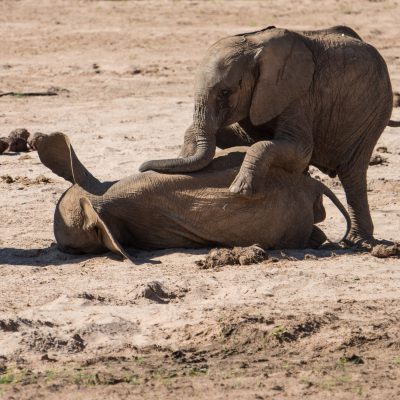 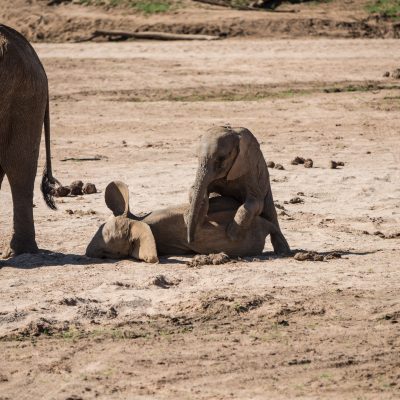 It looked like the game was over and the victorious elephant moved away. But then, mischievously, it went back for more! 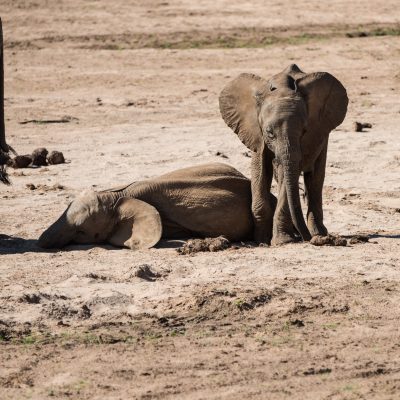 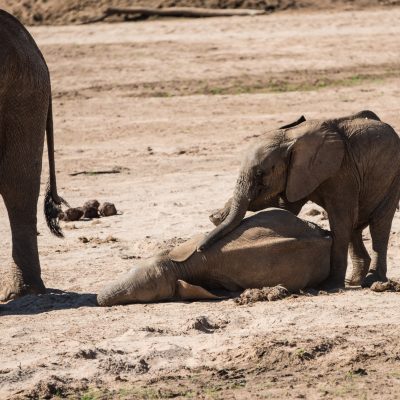 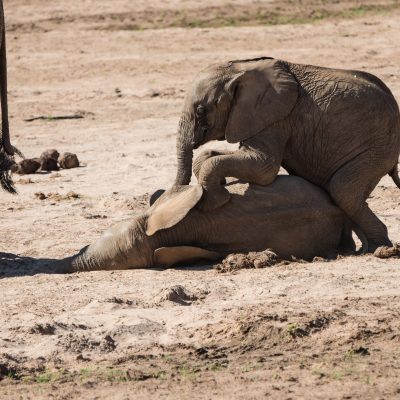 One of the slightly older elephants who had been pushing and shoving other adolescents and elicited a rumble from one of the adults moved over to a water hole and started using the stale water to cool off.  It was as if it was saying ‘who me? No, no I’ve been busy here!’

The route back to camp took us along another stretch of river and gave me 3 more surprises.  First, all along the river there were white-backed vultures –  far more than I caught in the photographs. They were washing in the water, drying their wings and preening. I had never seen this before. The vultures I had seen previously were either perched in trees or had been on or near a kill. (If they weren’t on the kill they were waiting to get on it!!) 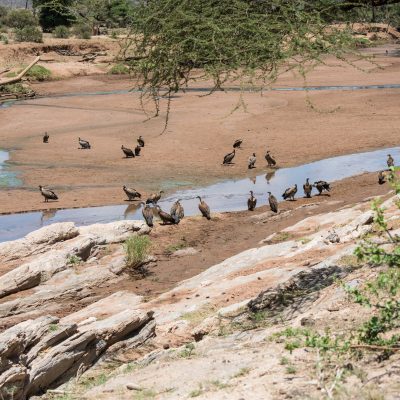 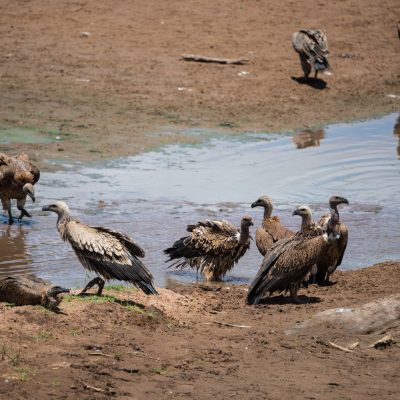 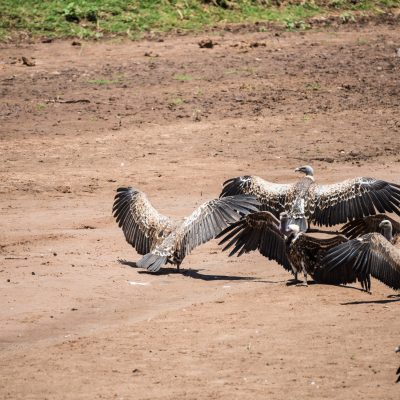 Then a delightful family of warthogs came down to drink on the far side of the river. The piglets were quite young and lively. Patience paid off when a little piglet finally nosed forward between the two adults. Giving me a picture that suggests protection and emphasises the difference in size. 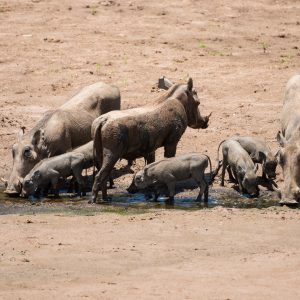 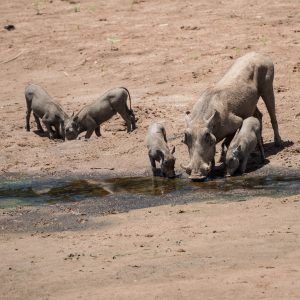 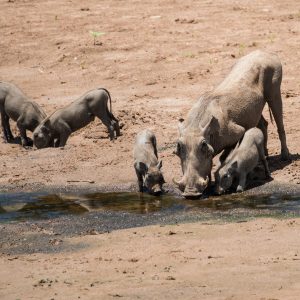 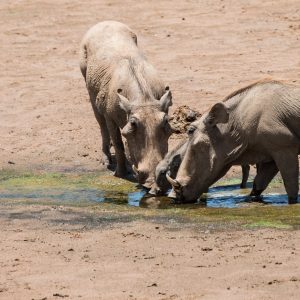 Last, but not least, there was a young Tawny Eagle. I shot off a scenic shot quickly in case when we turned off the engine it flew away. Its a shot I really like because it shows the beautiful context of the sighting. The scenery along the river has such balance to it.

To my delight when we did turn off the engine it stayed put and I was able to get some decent close up shots. There is an alert intelligence in the way it looks into the lens. 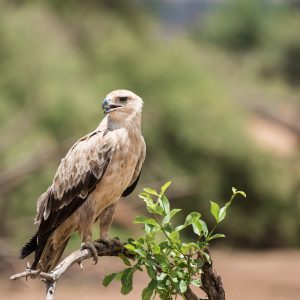 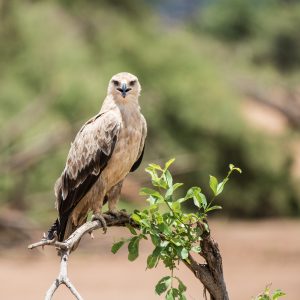 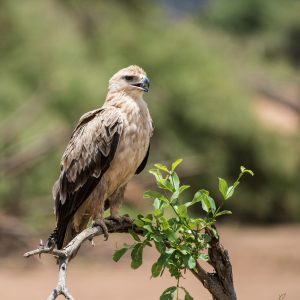 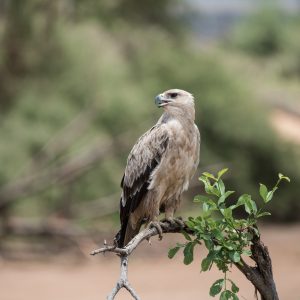