Baboons with a spring in their step 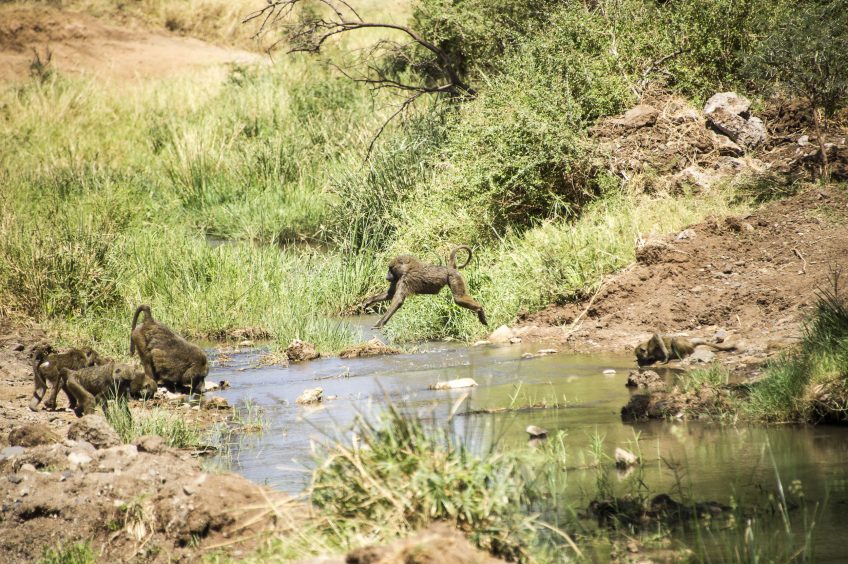 This was something I hadn’t seen before. The stream was very shallow and slow moving but, although not afraid of water, the baboons, it seems, did not like to get their feet wet! There were a number of rocks in the stream that stuck up like stepping stones. They were of varying sizes and shapes and the baboons would use these to cross backwards and forwards across the water – some more successfully than others!

Watching them over 30 or 40 minutes it became clear that there were a variety of jumping techniques in use and it was a bit like high jump, long jump, and triple jump! The big male had no difficulty in negotiating the gaps. There was no hesitation before he crossed and he could almost walk from rock to rock. He did not always choose to do that, however, and on more than one occasion launched himself in quite a spectacular fashion. 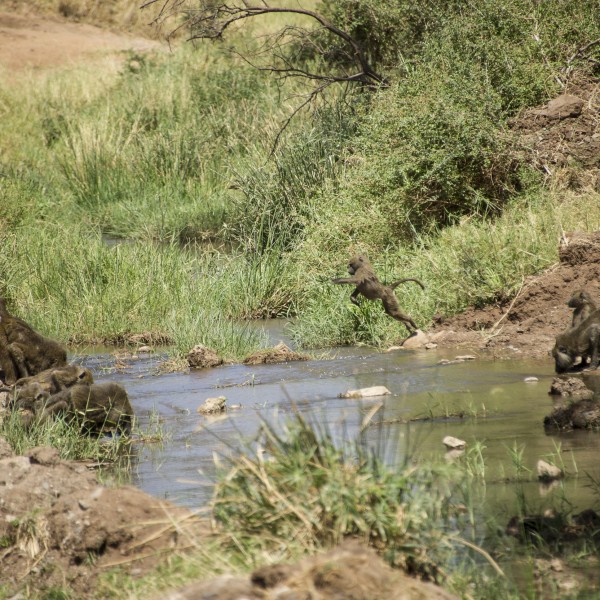 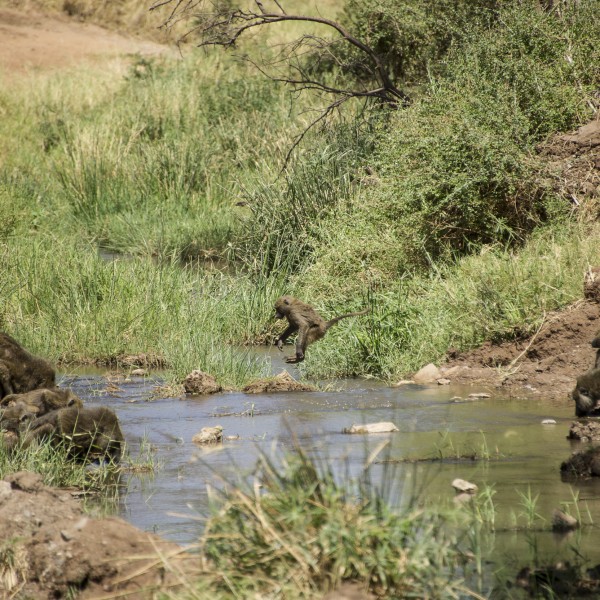 One of the younger baboons jumped in a very upright manner, generating the power with its hind legs and stretching its front limbs high in the air. It swung the arms forward to reach for the destination rock …. then pulled its rear legs in under it as it prepared to land. This cushioned the landing and its front limbs slowed it down and steadied it.

Another young baboon used a more horizontal technique – pushing off with the hind legs but reaching forward with the front limbs.Landing on his front legs meant that his hind legs swung in between them and initially he was perched on the destination rock with his front feet behind his rear.The next stage of this crossing involved leaping for stone 3 but using the energy from hitting the stone to propel forward, in a single fluid movement, to the bank. 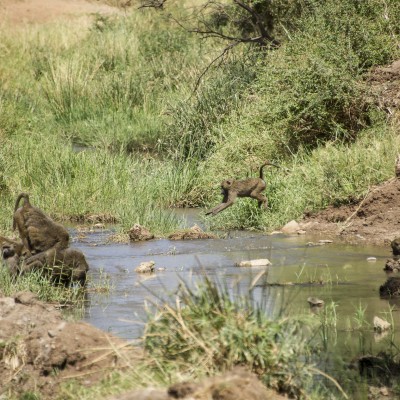 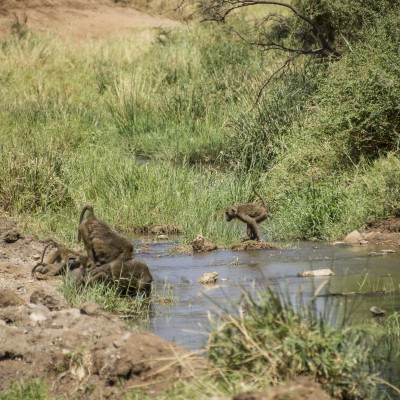 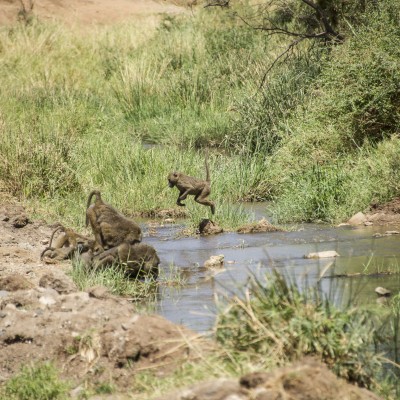 The larger baboons had a little more finesse. They were able to do something more akin to triple jump. The initial strong jump off two rear legs generated speed and the they would use one or two legs on the next stone to create continued speed or lift and, without any pausing, they would move across all the stones at speed.