Tall Day / Animals / It can happen in the best of families! 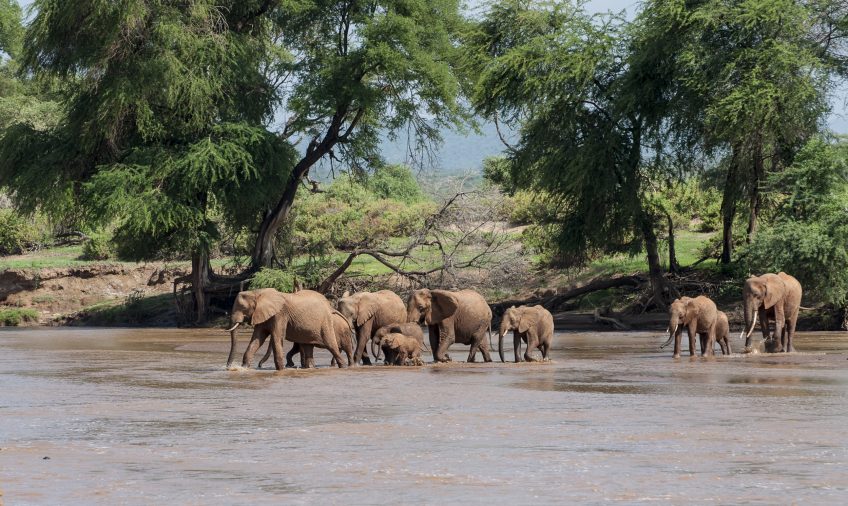 This family group is a matriarch a new, and very small, baby and an older sibling. As we watched, they set off across the river – mum leading the way. The river was fairly shallow and slow moving – the result of a long period of drought – but even so there are dips in the river bed and the tiny baby was swimming some of the time.

The female elephant is still quite young and she is striding ahead. The older calf’s role is to bring up the rear – offering some protection for the baby. It looked like trouble was brewing as it started to kick up increasing amounts of wash as it got closer to its sibling! The baby was unperturbed and continued making its slow progress.

It happened almost too quickly to see!! The older sibling simply up-ended the baby and then nonchalantly resumed its path for all the world as if it hadn’t even seen what happened! The baby was in trouble though. Not from drowning – the water wasn’t so deep – but because it wasn’t coordinated enough or strong enough to right itself. In other circumstances this might have been dangerous as it would be an easy snatch for a crocodile but this time it was more frightening that dangerous. It flailed around and made anguished noises.

The mother elephant returned very quickly. She made angry noises and got between the adolescent and the baby, pushing hard with her rear against the older offspring. (The older off spring stayed put – maybe instructed to do so by its angry parent!!) She then used her trunk first to calm the thrashing baby and then to turn it a little and support it as it found its footing. 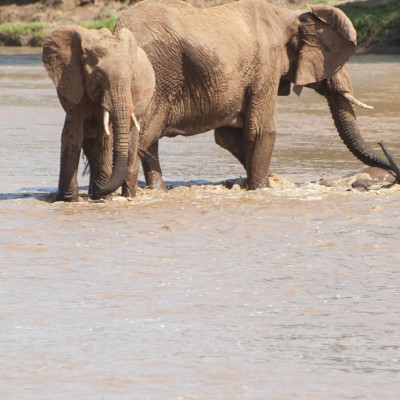 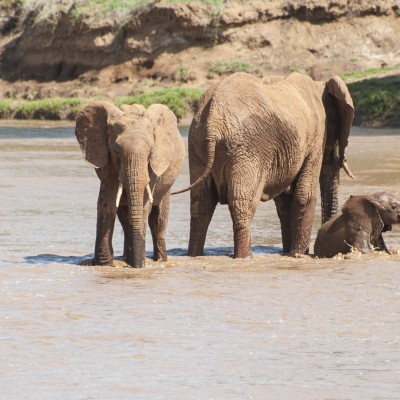 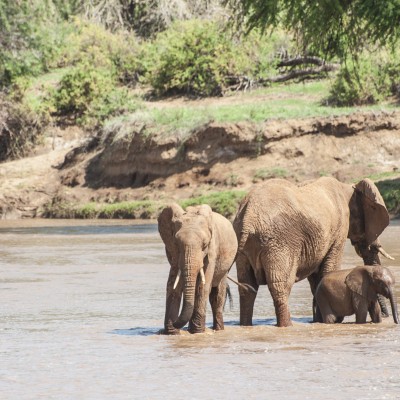 Then she seemed to communicate with a low rumble that it was time to move on and the older calf started out for the destination bank. The matriarch and baby followed on – this time at a slow pace and with the baby staying close to mum.